Uniformed Patrol is the backbone of the Police Department and follows the Department's Community Oriented Policing philosophy. Patrol Officers are assigned to zones which patrol specific areas of the city with all other Divisions and Units acting as a support structure for Patrol. This strategy provides the officers with an opportunity to familiarize themselves with their particular neighborhood's problems, as well as allowing the residents or business owners of a neighborhood to get to know the officers who work the area. The officers take pride in the neighborhoods they are responsible for and enjoy meeting residents and business owners. Uniformed Patrol handles the majority of the 140,000 police service calls which occur in the city each year.

In addition to responding to calls for service, Officers self-initiate police action by actively searching for and arresting individuals involved with drugs, prostitution, burglary, robbery, theft, gang activity, and other miscellaneous criminal activities. Uniformed Patrol Units are also the first to arrive on scene at all critical incidents.

The process is a collaborative effort. Uniformed Patrol Units who initially arrive at critical incidents handle the incidents directly or, if additional support is necessary, will stabilize the situation until support services, such as the Special Operations Division, the Criminal Investigations Division, the S.W.A.T. Team, the Crime Scene Investigations arrive to continue the investigation or the Mobile Command Center becomes necessary.


Police K-9's are a valuable resource for use in violent criminal apprehension, evidence detection, explosives detection and search and rescue operations. Police dogs and their Police Officer handlers have extensive training and are an invaluable asset to the Police Department.

NTLs take a holistic approach to neighborhood safety. They work to identify trends and look for patterns of repeat calls for specific victims, locations and offenders. Focusing on the crime triangle (victim, location, offender) enables NTLs to widen the opportunities to solve these problems. NTLs partner daily with the other units in the department. The goal of community policing is to reduce crime by engaging the public as a partner rather than relying solely on aggressive law enforcement as the only solution to community problems. 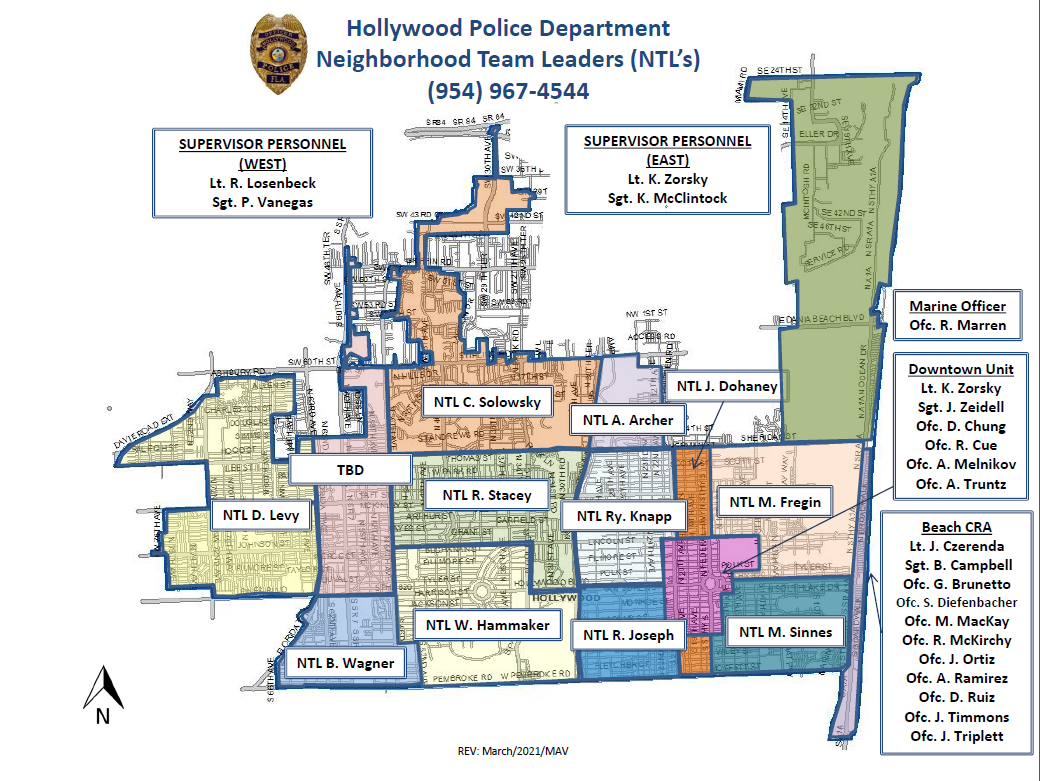 NTLs at Work in Your Neighborhood