State censuses in Florida were first compiled in 1845 and every ten years thereafter until 1945. Unfortunately, only the 1935 and 1945 state census records are extant although there are a few scattering records of other years in the State Archives of Florida in Tallahassee. The state census supplemented the federal census carried out at the end of each decade and was used for the determination of legislative electoral districts. The tenth census was authorized in 1935 (Ch. 17269, Laws of Florida) and the Commissioner of Agriculture was responsible for its coordination. The state census was abolished in 1949 (SJR 46, 1949). The federal census has served as Florida’s official census for legislative apportionment since 1950. 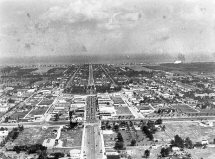 The Hollywood portion of the 1935 census of Broward County--Precincts 10 (listed as the Liberia section of Dania), 11, 11A (which includes the listing of Seminoles living at the Indian Agency), 12, and 13--were transcribed by the City’s Records and Archives Division and are now available as a searchable Excel spreadsheet. The census includes the following information: name, address (whether inside or outside the city limits), age, sex, race, relation to family, place of birth, degree of education, whether home owner or renter, and occupation.

Users should be aware that the census was enumerated by hand in pencil on what is now aging paper. Consequently, some handwriting interpretation had to be made in a few cases. In precinct 13, for example, a faint letter “C” frequently appears in the occupation column. After analyzing the column, we have concluded that the letter is not a shorthand version of an actual occupation but perhaps a stray marking made as the enumeration was being tallied. The letter was left in the spreadsheet for historical accuracy. Users should also be advised that census takers in 1935 recorded an individual’s race using the accepted terminology of the time: White, Indian, and Colored. Again, these racial categories were transcribed as listed in the interest of historical accuracy. 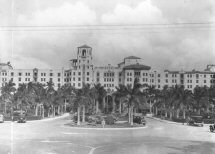 We will happily correct any errors of interpretation in family names. Please call the Division at 954.921.3545.