Get Business Association information for District 2


Commissioner Peter D. Hernandez was born in Havana, Cuba. When he was nine years old, his family migrated to Madrid, Spain where he lived for two and a half years. At age eleven, his family came to Florida as political refugees. After a quick look around, Hollywood is where his father decided to settle and root the family. Commissioner Hernandez is married to Jeisse and has one daughter, Adriana. 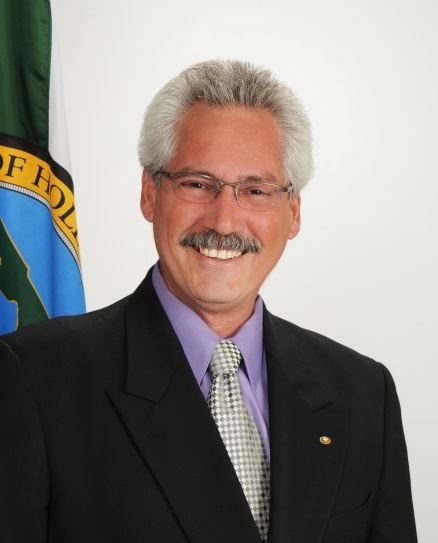 Commissioner Hernandez attended Apollo Middle School and McArthur High School. He was not able to finish high school because in 1978, his family started a sand, gravel, and construction materials business. He began to work with his father to keep the business running. Later, Commissioner Hernandez went back to school and got his high school diploma. As an adult, he has taken business classes at Broward College.

As a small business owner, Commissioner Hernandez is no stranger to hard work. The everyday struggles and obstacles that face businesses have taught him how to keep an organization solvent. When his family opened their sand and gravel business, it was a humble beginning. They started in a small lot on Johnson Street with only shovels and wheel barrels. Through years of hard labor, the business grew and expanded. In 1984, Commissioner Hernandez began to run the business. Today, it is a regional sand and gravel provider with four locations. Two are in operation, and the other two are dormant due to the current economy.

Throughout the years, Commissioner Hernandez has volunteered for several boards and committees serving the community such as:

He was the Chair of Hollywood’s 75th Birthday Celebration in 2000. He also became part of the Hollywood Chamber of Commerce and the Rotary Club serving as President of both these organizations. As part of his involvement he became a CERT (Community Emergency Response Team) member, realizing that through giving, one receives.
Help Me Hollywood
Sign Up for notifications
Payment center
open government
employment
[]