The eleventh state census was authorized in 1945 by Chapter 22515, Laws of Florida. The Commissioner of Agriculture was given the responsibility to oversee the enumeration. The census was used for the apportionment of seats in the state legislature. The state census was abolished in 1949 and the federal census has since served as the official census for reapportionment. 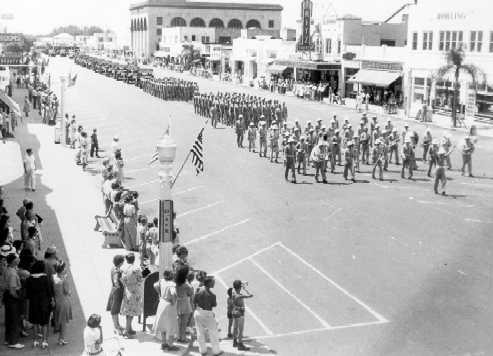 The 1945 State Census compiled the following information: name, address, whether inside or outside city limits, age, sex, race, place of birth, degree of education, and occupation. The Hollywood portion of the 1945 census was transcribed by the Records and Archives Division and is now available as a searchable Xcel spread sheet.

Users should be aware that the census was often hand recorded in pencil on what is now aging paper which occasionally required an interpretation of what was recorded. We will happily correct any errors of interpretation in family names.

Please call the Division at 954.921.3545 with the corrected information. Additionally, unlike the 1935 Census, the Seminole Tribe was inexplicably not recorded by enumerators. As in 1935, the Liberia section of Hollywood (Precinct 23) was listed as a Dania precinct.