Commissioner Kevin D. Biederman has been a resident of Hollywood, both in Boulevard Heights and Driftwood, since 1985.  He and his wife, Donna, have a daughter, Ciara, who attends the University of Central Florida. GO KNIGHTS!  The Biederman family has worked together to serve the community for many years.  Commissioner Biederman operates a successful Hollywood based pest control business that has been serving the community for many years.  Commissioner Biederman served as a Commissioner with the Central Broward Water Control District (CBWCD) from January 2001 until November 2012.

An active member of the community, Commissioner Biederman has served on many different City committees including the Charter Review Committee, Citizens Transportation Committee Chair, Education Advisory Board Vice Chair and Human Services Advisory Board.  He was a 2007 All-America City Delegate and was the Florida Jaycee’s Outstanding Pioneer in 2012.

Commissioner Biederman is very involved with our youth and future leaders. He attends Career Day for local schools each year.  He also is mentoring a student through the Hollywood Youth Ambassador Program.

Some of his other community involvement and activities include:

Commissioner Biederman regularly attends the association meeting in District 5 and is available to answer questions at the meetings. He encourages the residents to get involved with the community by attending their association meetings. These meetings usually include an informative speaker and let you know what is going on in your neighborhood and the City. Let’s make Hollywood better by being involved. 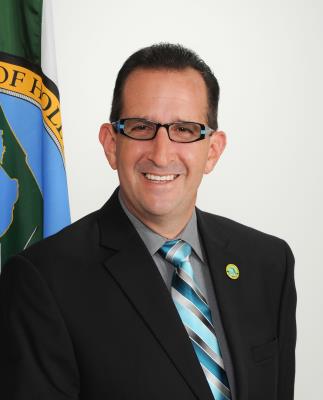